A guide to setting up your SMITE match day

Additionally, all new characters must be available in publisher ranked play for at least two weeks before they may be played in competitive play, including PlayVS official matches.

IT Steps: Day of match (at least 1 hour before) 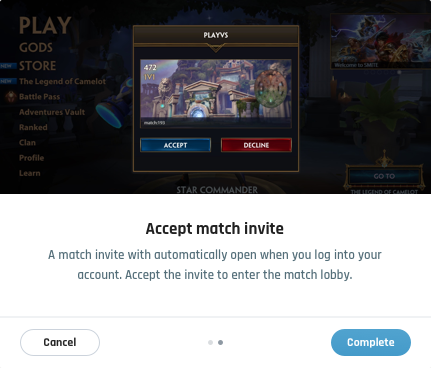