Your most frequently asked playoffs questions, answered. Can't find something? Email us at support@playvs.com.

What rules are used for PlayVS playoff and championship matches?

Our playoff rules are in our rulebooks and additional information in this document. Rulebooks include rules for regular season and playoff season. Penalties will be enforced for any rule violations including but not limited to match forfeitures, game forfeitures, player bans or suspensions, and game specific penalties.

What is the playoff match structure?

Once a match is complete, the winning team will advance and the losing team will be eliminated. Brackets will be updated as soon as matches have ended.

Teams from the same school will be placed on the same side of the bracket.

What days are matches played?

Are we allowed to reschedule the match?

Reschedules must be agreed upon by both teams and will be strictly limited to the following:

Championship matches may not be rescheduled.

How is side selection determined?

League of Legends - The League of Legends team with the higher seed in playoffs will be allowed to select their side of the map in Game 1 and Game 3. The team with  the lower seed will have side selection in Game 2.
Tip: Each side has benefits in champion select and within the game. Chat with your players to determine which side they prefer.

SMITE - SMITE side selection will follow the same format as regular season.

How many players may be on my roster?
Teams are allowed their standard number of players as well as 2 substitutes. Substitutes may only compete for one team and must be added to the roster.

How do I add substitutes to my roster?
Substitute players must have their own accounts for the esport and PlayVS. The esport in-game name must be connected in the player's dashboard. This can be found in the 'Connections' section of 'Settings.' Substitutes must be on campus with the team and supervised by the coach. 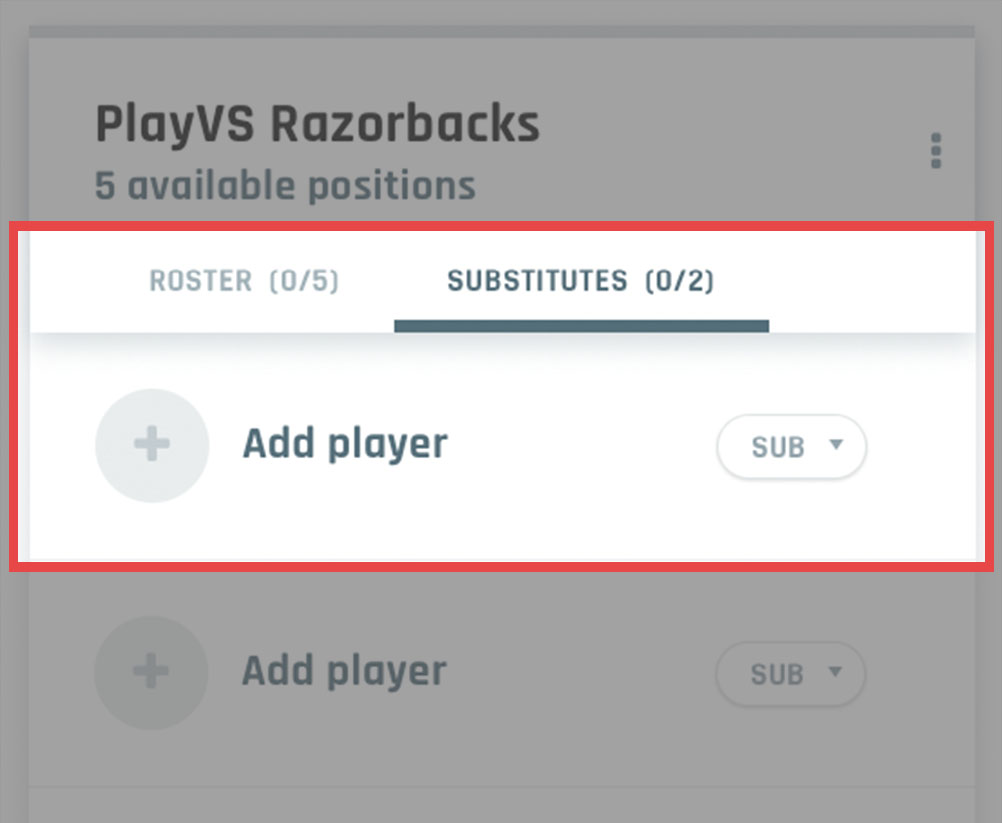 How to I report team or player misconduct?

Please report all player or team misconduct directly to PlayVS. Send all evidence to support@playvs.com. Evidence may include screenshots, video, player or coach anecdotal records. PlayVS league operators will investigate the situation and determine the necessary action.

Players are expected to conduct themselves with good sportsmanship. Players need to use appropriate language and actions in all interactions including, chats, emotes, and excessive celebration. You may see section 7. Player Conduct of our rulebooks for a list of behavior expectations.

What in-game names should players use?

Players should use the same in-game names used during regular season. All in-game names should be linked to the 'Connections' section of the Player Dashboard.
Summoner Names and in-game names may not be changed unless requested by PlayVS. These names may not contain any inappropriate or vulgar language or symbols. If a League of Legends player changes the linked Summoner Name, Champion Unlock will not be provided.
Note: Players should check the 'Connections' section to ensure the proper in-game name is linked and used during matches.

Can teams have spectators during matches?

Each team is allowed 1 spectator, which must be a player or faculty member from their school. Spectators may not be denied except by a league official. Spectators view the game with a 3 minute delay, preventing them from having a meaningful advantage during the game.

SMITE - In the invitation format, spectators may not join the match.

Rocket League - Spectators must have their own Steam account and may join the match lobby using the game name and password provided by the PlayVS platform.