What is Super Smash Bros.™ Ultimate?

What coaches, parents, and players need to know about Super Smash Bros.™ Ultimate 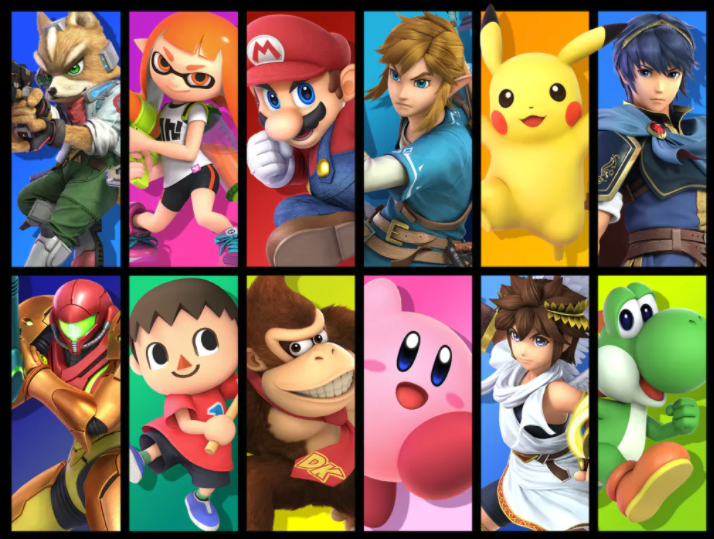 Unlike a game like Street Fighter where you’re trying to drain the opponent’s health bar, competitive Ultimate is all about getting your opponent to high health points (HP). This is done by attacking the other player. Each hit is worth a different amount of damage, which accumulates over time.

The more damage a character has, the easier they are to knock out (KO). Higher damage makes it easier to knock an opponent further off the stage. Players with high damage will often be knocked too far from the edge to get back on.

Each fighter has three stocks when they start the match. Every KO will eliminate a stock. Whoever is KO’d three times loses and the remaining fighter wins.

How does Smash compare to traditional sports as an esport?

Super Smash Bros. Ultimate is a very unique fighting game. Instead of long combos and multiple-button combos, Smash has very simple mechanics that allow just about anyone to pick up the game and learn the basics! Just like boxing or sumo wrestling, it’s two fighters attempting to read the other’s moves and react to them properly. The goal? Knock them out!

The most common way to play Super Smash Bros. Ultimate is one versus one. Professional and competitive tourneys will also have no items on and can only be played on certain stages. PlayVS allows Battlefield, Final Destination, Pokemon Stadium 2, Town & City, and Smashville.

Super Smash Bros. Ultimate is played on the Nintendo Switch™ System. If you are having your team practice or compete online, pace may vary due to the internet connection.

Which characters can I choose from?

There are currently over 80 playable characters in the roster, from classics like Mario and Yoshi to third party favorites like Pac-Man, Ryu, and Banjo & Kazooie. Each fighter has a unique set of attacks and a specific fighting style that helps them excel.

What are some key fighting strategies?

New players should learn how to excel with a certain fighter or two. This fighter will be their “main,” allowing them to learn everything about this fighter from their playstyle to their strengths and weaknesses. You will begin to see combos and attack sequences that overpower opponents or realize which part of the stage is best for this fighter (like remaining on the ground or maybe guarding the “edge” of the stage).

There are a few main fighting styles in Smash that players can attempt to master:

Beginners should also learn how to block. A lot of new players will become too focused on attacking and forget about the power of defense. There are multiple types of blocking in Smash that can switch up your play style, keeping your next move unpredictable. You should also keep unpredictable movement in mind when you recover. Don’t just jump back onto the stage. Switch up your approach to keep the opponent on their toes and avoid incoming attacks.

For many Super Smash Bros. Ultimate players, practice comes way before even turning on the game. Many competitive players and pros will tell you that they have a preferred controller. Some players use the Nintendo Switch Joy-Con, Nintendo Switch Pro Controller, or even the Nintendo GameCube controller adapter. This is most often about what is the most comfortable to the player.

Before going into a battle, many pros will begin in training mode. This will allow you to get used to the fighter of your choice. You can see exactly how high they can jump, how well they can recover, how far an attack reaches, and even the exact amount of damage their attacks do. You can also study stages while training, paying attention to platform interaction.

Advanced players can take it even further and see how far a fighter is knocked back from an attack based on the amount of damage they have. This can help you read where an opponent will be on the stage after an attack and figure out what it takes to KO almost any opponent.

Where can I find more resources to improve my play?

Most top Super Smash Bros. Ultimate players will provide tutorials and useful information on YouTube. This can range from extensive guides on specific fighters to general beginner’s guides to the gameplay. Top players will also show their matches on YouTube and Twitch to explain their mindset and reasonings.

After your own player’s fight, watch the match clips (VOD’s) back so you can discuss techniques with your team. Show them moments where they can better read opponents or point out times when they had great reaction times. Watching VODs will help your team better understand what their strengths are and what they need to work on.

Nintendo Switch is a trademark of Nintendo. © XXXX Nintendo.