All Collections
Game Rules
Splatoon™
What is Splatoon™ 3?

What coaches, parents, and players need to know about Splatoon™ 3 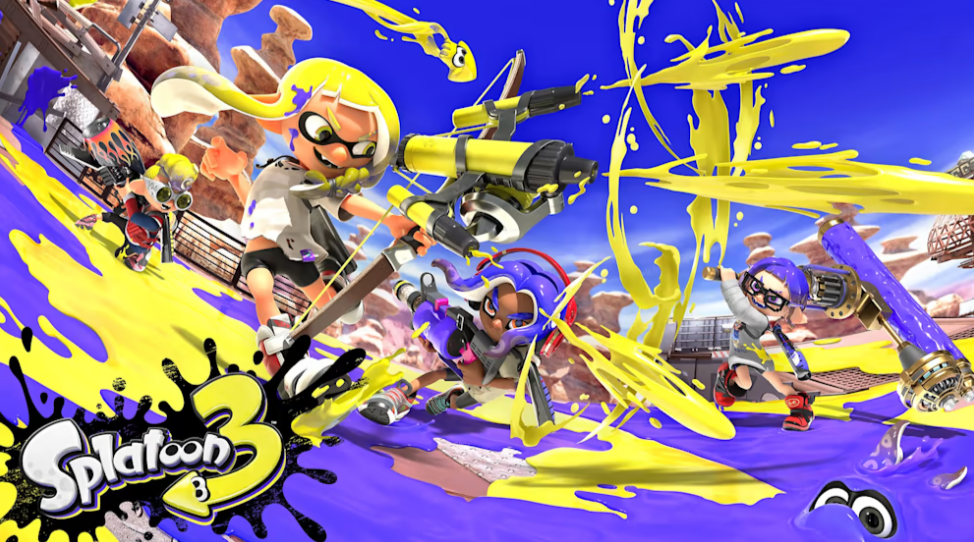 Splatoon™ 3 is a third-person action multiplayer where you compete as a species of fashionable teens who can turn into ink-surfing squids. Created by Hisashi Nogami for Nintendo in 2022, this Nintendo Switch™ title is a family-friendly alternative to action games, like Call of Duty, that still offers very skilled and action-packed matches.

Competitive Inklings stick to a variety of ranked modes. Even though it’s ink and full of wacky-looking weapons, these modes still take mechanical skills and insane strategy, making them entertaining for higher level tourneys.

What’s the game objective of Splatoon™ 3?

The objective of Splatoon™ 3 is to paint a level with your team’s ink; covering more of the level with ink than your opponent before time runs out. In Splatoon™ 3, you can choose to be either an Inkling or an Octoling who will spread the ink with items like buckets, paintbrushes and squirt guns. The update to Splatoon™ 3 also offers new weapons, new clothing to protect yourself in battle, food and drink advantages, photo mode, and recon mode to walk through each stage prior to battles!

Each team is composed of 4 starting players and 4 substitutes. A PlayVS Splatoon 3 series is composed of 5 matches. There are 4 game modes used across the 5 matches. Results of the five matches determine a series winner.

Competing teams complete all 5 matches regardless of match results.

What are the game modes?

There are multiple competitive modes that are seen on the stages of Splatoon 3 tournaments. Each one tests a team’s communication, strategy, and mechanical abilities.

How does Splatoon 3™ compare to traditional sports as an esport?

Splatoon 3 is unlike anything you’ve ever experienced in most traditional sports! It’s even unlike most other competitive gaming out there. It’s sort of like basketball, dodgeball, and capture the flag all rolled into one!

Similar to basketball, teams must communicate movement strategies before the match begins. They must find fast and unpredictable ways to maneuver around the stage. Instead of dribbling, Inklings must squirt out ink. The ink path will turn Inklings into squid, allowing them to swim free.

What’s the team size and platform?

No matter the competitive mode, Splatoon 3 teams consist of four players. Currently, all of the players must compete on the Nintendo Switch™. It’s not available on any other system.

What are some key strategies?

You can create team strategies based on the weapons your teammates are rocking. It’s important to learn about all the different weapon types and what they excel at. For example, a Charger is good for long-range attacking while a Roller is better for creating a lot of ink paths.

It’s important to be mindful of the weapons and stages when coming up with a strategy for each game mode. Each weapon has its own unique abilities and strengths. But overall, your team must balance attack and defense. You’ll be splatting enemies, creating ink paths for your team, or even blocking an opposing team’s path with your own ink!

The main things to keep in mind is to always watch the stage and keep track of other’s movements. This includes opposing team and teammate movement.

You also want to make sure you’re never playing too aggressively and overextending. Always make sure you have an escape route before rushing into the other team’s ink. While playing aggressively can be a good strategy, you don’t want to get trapped in opposing territory. Move in and out in unpredictable and creative ways. Try to stay one step ahead of your opponent.

Specials: Also known as Special Weapons, which are super-powered weapons. You activate a special by pushing in the right control stick. Some of these include Tenta Missiles, which are four fire missiles, or Splashdown, which launches you into the air upon activation before slamming back down to the ground, creating a big explosion of ink.

Super jump: This is essential in ranked Splatoon 3 to keep the pressure on the objective. Jumping on a teammate will basically allow you to jump very high in the air, landing somewhere unexpected. Super jumping does have risks, however, since if opponents predict your landing they can eliminate you.

Splat: This is a knock out (KO) or elimination.

Trade: This is when two players splat each other. This is pretty common in Splatoon 3 since the ink has a slow speed compared to ammunition in other games. Offensive players always hope to get an elimination if they are also eliminated, making the situation a wash.

Sharking: This is a term used for when you hide in the ink, waiting for an opponent to pass by within range. When they do, emerge for a quick elimination. You’ll want to be using a very strong weapon like Rollers and Blasters.

Push: This is when your team collectively moves forward, usually trying to reach the objective. Teams usually accomplish this by using specials.

Are there any practice recommendations?

Splatoon 3 is a very unique game with a lot of elements you need to learn before jumping into ranked mode. Check out all of the game modes to better understand their objectives and strategies. Study the stage and point out areas where they can create unexpected movement patterns. Learn all of the game’s weapons and specials. Game knowledge will prepare your team for matches.

Players should also learn how to communicate effectively. That is one of the most important skills in the game. Come up with communication styles and phrases that will allow your team to quickly shout out locations and plans while playing the game at a fast pace.

When it comes to aiming, start in the Shooting Range. New in Splatoon 3, the Shooting range is now part of the lobby and a great place to practice your skills. A lot of pros turn on motion controls, which are hard to get used to at first. The test range will allow you to perfect your aim and other techniques uninterrupted.

Watch clips (VODs) from practice matches to study movement style, including weaknesses and creativity. Have players point out where they could have maneuvered more unpredictably. Discuss various strategies that would have worked against the opposing team, whether it’s focusing more on covering the stage and making more movement paths or being more aggressive.

Where can I find resources for improving my play?

Trying to avoid getting splatted? Check out Nintendo’s YouTube channel to watch professional matches from recent tourneys. This can let you see techniques and strategies in action. From weapon tier lists to up-to-date strategies, you can also find many beginner guides on YouTube. You can also check out Splatoon 3 players on Twitch, allowing players to better understand the mindset behind key moments in a match.

© 2022 Nintendo. Splatoon and Nintendo Switch are trademarks of Nintendo.