IT Steps: Day of match

IT Steps: Day of match (at least 1 hour before)

Matchups are configured in the order players are set on the roster. Please ensure your players face off against the correct opponent. Matches played using alternative matchups will be required to be replayed.

The winning side of each set will award 1 point to their team to help determine the overall match score. After a team has won two out of three sets, the team with the most set wins will be declared the winner of the match. All sets are in a best-of format with the total game wins needed dependent on the current league’s phase format as found below. 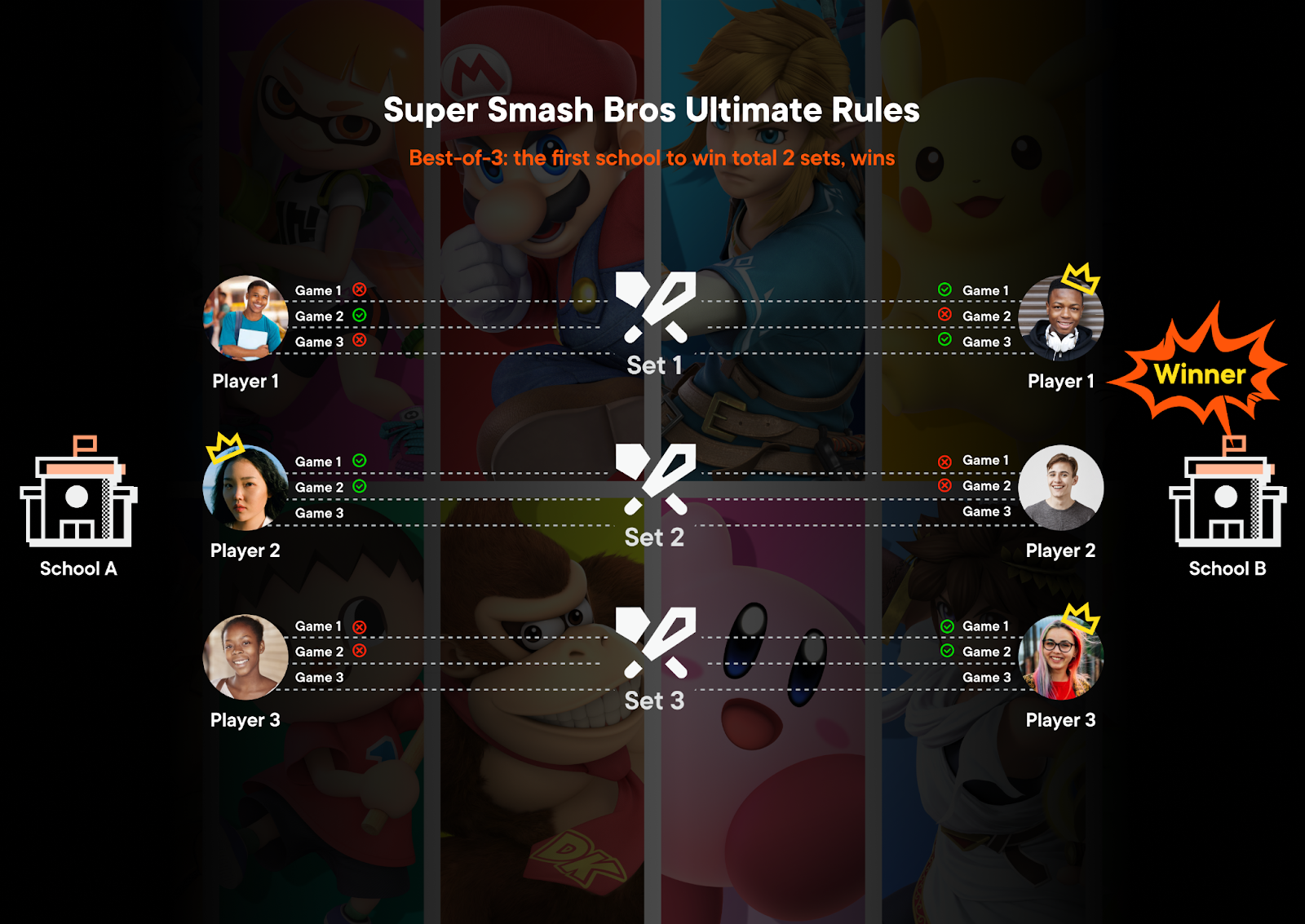 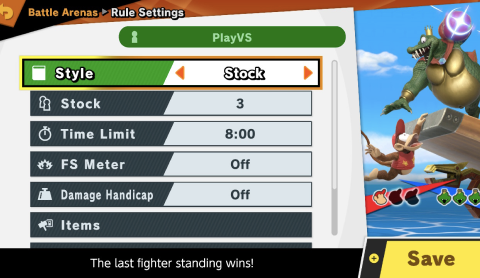 7. Save the ruleset with the name "PlayVS."

8. Confirm match settings with both coaches and select ‘Save.’

9. Press the “+” button or select the Next button in the bottom right corner.

Players will go through a stage striking process before each game in their set to determine the stage played. The process for the striking order is outlined in the Stage Pick Order below. Only stages in Stage List (below) are eligible during competitive play between players in PlayVS competitions.

The Maps available for play are listed below. No maps outside of this list can be played as part of an official PlayVS match.

Starter Stages: These are the only stages allowed for Game 1 of a set.

Counterpick Stages: These stages are added to the stage pool ONLY in Game 2 and onward of a set.

Mii Fighters must use their default costumes (though players may select any color for their Mii) and must use a Guest Mii. Any player who intends to use a Mii during a set must declare they are creating Mii Fighters before the set. Mii

Fighters should be named after the combination of special moves chosen, listed in the format “XXXX.” Each X is a number between 1 - 3 which will designate the special ability chosen in each slot from top to bottom when assigning special abilities to the Mii Fighter.

Players MUST also communicate in match lobby chat their Mii Fighter set up so that their opponents are aware of the move selection before going into game.

Any combination of moves may be used, but any movesets that any player may want to use during a set must be created before the set begins (up to a limit of three Mii Fighters).

Sudden Death
In the case that the match timer runs out and Sudden Death is triggered, the winner of the Sudden Death will win the game round.

The loser of the previous match chooses the next stage. The loser cannot choose any stage they have already won on in the current set. They may choose a stage they have lost on, if their opponent agrees.

Important: If a player wins Game 1 and Game 2 of the set, Game 3 will not need to be played.